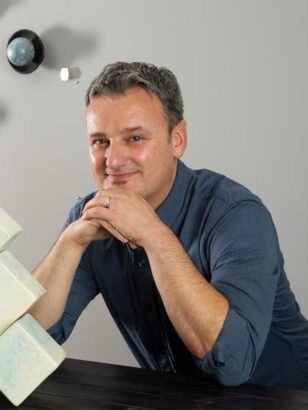 Pierre Bounaud is a San Diego-based ceramic artist, working from his home studio overlooking the scenic Talmadge neighborhood canyons. Born and raised in France, in the Provence region, Pierre studied Chemistry before clay took over his life and became his muse. Combining his love of experimentation and architecture, Pierre creates original, colorful, and textural functional wares, as well as sculptural vessels and geometric abstract structures.

In 2010 Pierre started a home studio in San Diego, experimenting with various ceramic processes, from Raku and saggar firing to mid-range glaze development. In 2011 Pierre juried in as a member of the Spanish Village Art Center in San Diego, CA, and later joined Studio 40 in the Spanish Village Art Center as a partner.  Around the same time, Pierre joined the Board of Clay Artists of San Diego and has been active within the organization since then, educating the ceramic community and bringing awareness of the ceramic arts to the public. In 2014 Pierre was accepted as a member in the San Diego Potters’ Guild, exhibiting in the guild’s gallery and twice a year during the guild’s semiannual sales. Pierre is also participating in the city-wide annual San Diego Pottery Tour since 2011, where potters open their private studios to the public during one weekend in December.

Pierre’s unique artwork is in many private collections and has been featured in multiple galleries, including the Borrego Art Institute, the American Museum of Ceramic Arts, the Kellogg University Art Gallery, the Front Porch Gallery, the Creative Arts Group Gallery, and the City of Brea Art Gallery.

For many years, I have worked with the invisible, assembling atoms and designing molecules through experiments to create new medicines. Creativity was expressed through technology at a microscopic scale. When I started working with clay, the invisible became visible. I could see what my hands were touching. They were forming shapes that my brain was designing. Suddenly my creativity jumped to the macroscopic world, it was liberating.

Experimentation is still a big part of my studio practice. I love to explore new techniques, to develop new skills, to experiment with texture and glazes. The scientist in me wants to stretch the limits and discover new solutions. So does the artist. Working on a new form or a new design thus becomes an incredibly stimulating exercise where problem-solving meets an artistic vision.

My inspiration is mainly visual in nature. I found that I am sensitive to shapes, geometric patterns, and contrasting colors.  Probably a consequence of years of looking for patterns in a sea of random scientific data. Often visual cues stimulate my imagination and find their way in my work in some form or another, be it the shape of a curve, the number of lines, or the choice of color combinations. 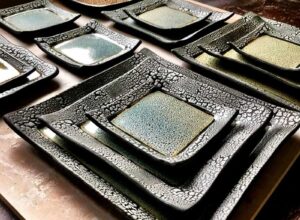 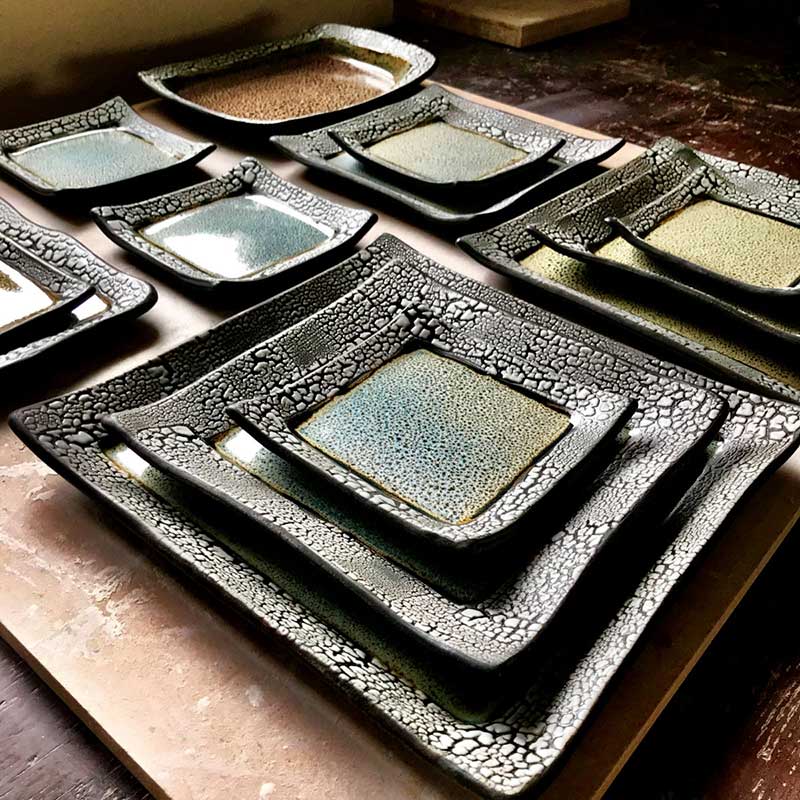 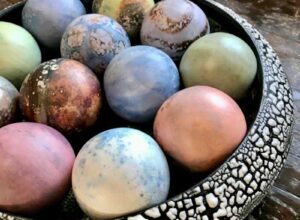 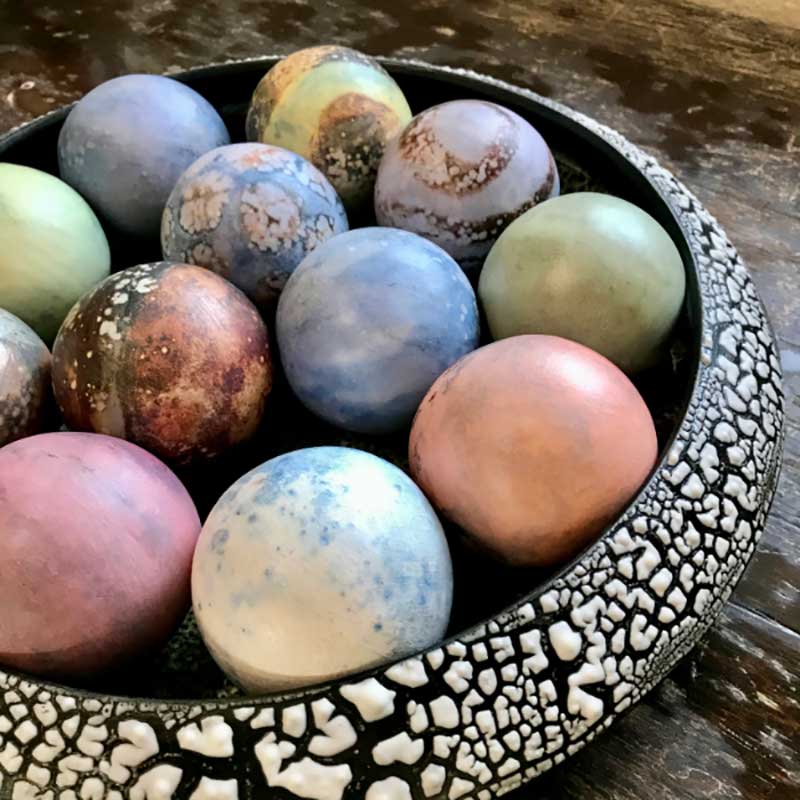 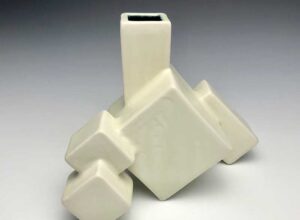 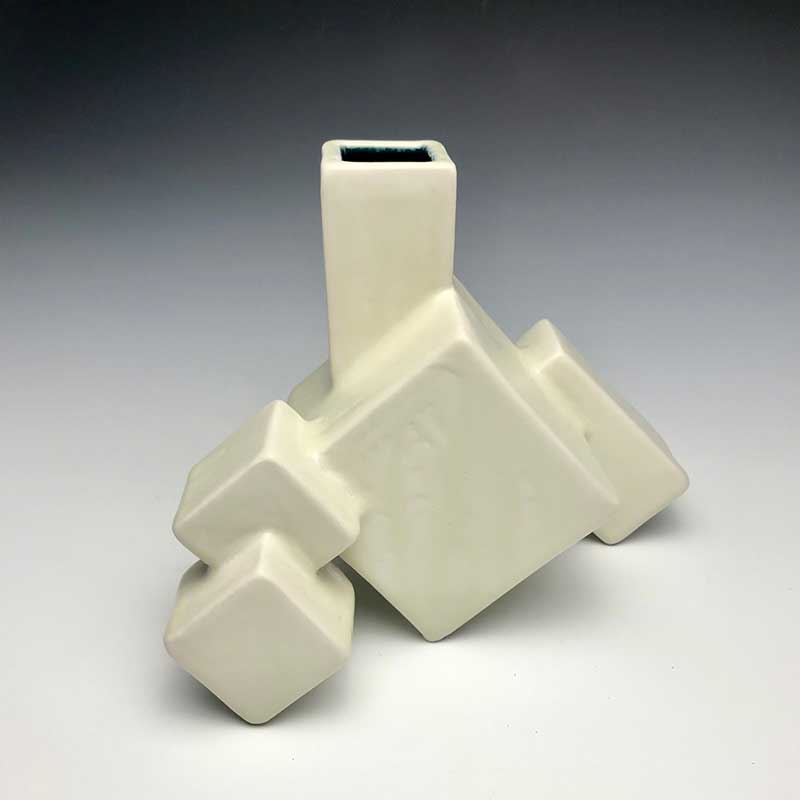 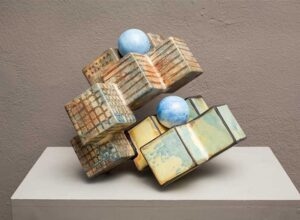 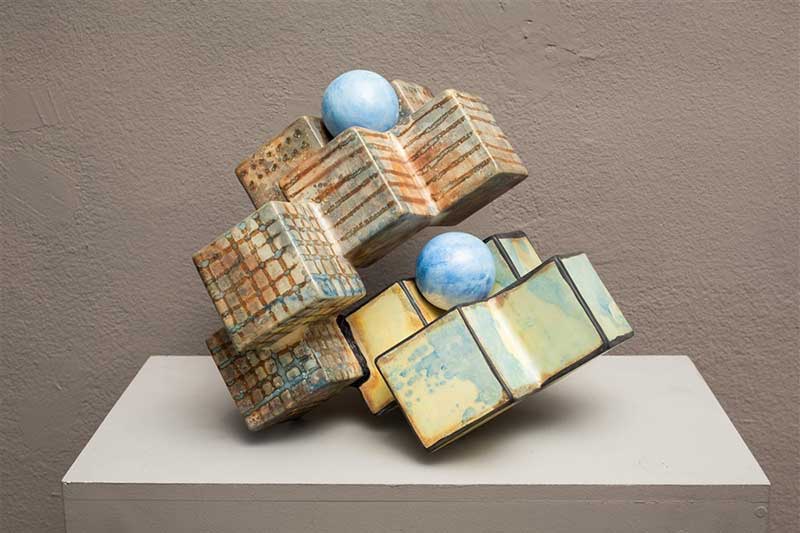